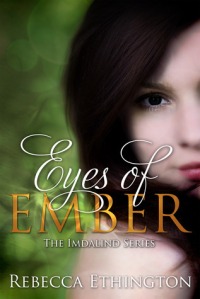 Synopsis: Joclyn is in hiding, hunted by the man she still desperately loves. Ryland is gone, his mind erased, no memory of Joclyn remains. But, Joclyn’s heart desperately begs her to hold out hope. While, in reality the black eyed monster that possesses him, attempts to kill her over and over.
If it wasn’t for Ilyan, Joclyn would be dead by now.
Ilyan. The man who once stalked her, is now Joclyn’s protector, the only thing she has left. He protects Joclyn from the men who seek to end her life, and while she is haunted by dreams where Ryland begs her to break the bond between them.
Ilyan is there. Always there.
Ilyan trains and prepares her, teaching her everything she needs to know in the hope that one day she can avenge Ryland, if not protect herself from him.
And then there is her father.
The man who has never been there, is suddenly responsible for everything. And who he is has made Joclyn into something she never wanted to be.
The Silnỳ

Get it on Amazon: http://amzn.to/1PvtBfU

Find it on Goodreads: https://www.goodreads.com/book/show/17304097-eyes-of-ember

This book made me feel uncomfortable. While I do enjoy a lot of internal struggle and psychology in books, this one had a bit too much for my mind to wrap around.  The research the author must have done is kind of amazing, because I can only imagine the psychological aspect of it on its own.  She wrote it so well that I was able to, not identify, because I have never lost my mind, but to empathize, I guess would be the right word, maybe.  And how Joclyn would react in these situations and how her mind would get twisted.  The writing was just so wonderful.

I feel kind of bad for Ryland in this book. In the first book I didn’t really like Joclyn that much.  And Ryland was my favorite so it hurt my heart to know what he was going through. I couldn’t imagine having a family, something you identify with love and acceptance, treat you that way. And I understand how he broke but I’m just sad for him.

Ilyan has the patience of a saint. I don’t know how he is able to remain sane while everyone else around him takes a ride to the funny farm, especially with his longevity in life.  Maybe that’s why he doesn’t lose his mind because he’s already lived so long.

Solid follow up to the first book, it went in a completely different way than I expected. I expected things to get better and they ended up getting worse.  And I didn’t think there was a worse, until I read this book.  Knowing that there are five books in the series I am very curious to know what’s going to happen in the next book.

The connection that was supposed to have been such a joyous occasion had tunred into my own personal hell.  I  was, at that moment, being hunted by my mate.