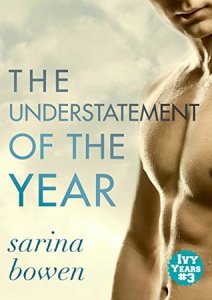 Five years ago, Michael Graham betrayed the only person who ever really knew him. Since then, he’s made an art of hiding his sexuality from everyone. Including himself.

So it’s a shock when his past strolls right into the Harkness College locker room, sporting a bag of hockey gear and the same slow smile that had always rendered Graham defenseless. For Graham, there is only one possible reaction: total, debilitating panic. With one loose word, the team’s new left wing could destroy Graham’s life as he knows it.

John Rikker is stuck being the new guy. Again. And it’s worse than usual, because the media has latched onto the story of the only “out” player in Division One hockey. As the satellite trucks line the sidewalk outside the rink, his new teammates are not amused.

And one player in particular looks sick every time he enters the room.

Rikker didn’t exactly expect a warm welcome from Graham. But the guy won’t even meet his eyes. From the looks of it, his former… best friend / boyfriend / whatever isn’t doing so well. He drinks too much and can’t focus during practice.

Either the two loneliest guys on the team will self destruct from all the new pressures in their lives, or they can navigate the pain to find a way back to one another. To say that it won’t be easy is the Understatement of the Year.

My Review:
4 stars — So I got totally sucked into this book b/c the author does a “First Chapter Friday” on Facebook/her blog.  And yesterday she posted the first chapter of this book, and you guessed it — I was hooked.  So I bought the darn book, and even though I’m in NYC, I still managed to stay up until 3am to finish the darn thing.  But I had to know what was going to happen!!!

So obviously a compelling book.  I loved the premise of it — 2 boys who had a teenage relationship that didn’t end well end up on the same hockey team in University.  For a sports romance, there was a lot in this book about the struggles of coming out, the fear of unacceptance and hate, gays in sports…it just tackled a lot of issues.  It could be kind of hard to read b/c Graham was just so afraid that he was such a dick to Rikker….so on one hand your heart just breaks for him, but on the other hand you want him to…I don’t know, grow up?  But it’s just not that easy, especially with the way he grew up, and seeing how difficult it could be for Rikker being out.

I definitely had an easier time falling in love with Rikker.  He was funny, and sweet, and so incredibly lonely.  And damn it was hot when he got controlling in bed…:P

There were a few solid secondary characters — Skippy could be a bit much to take (though I think he was supposed to be), but I LOVED Rikker’s grandmother, and Bella was actually really interesting too.  I actually already have the 4th book, which is Bella’s book, so I definitely want to dive into that next.  Though I missed book 2, so I need to go back and read that one soon.

All in all a solid M/M romance, and a solid hockey romance.  Great hockey moments, for anyone who’s a fan (which would be me).

7 thoughts on “The Understatement of the Year by Sarina Bowen”