THIS BOOK IS FREE! 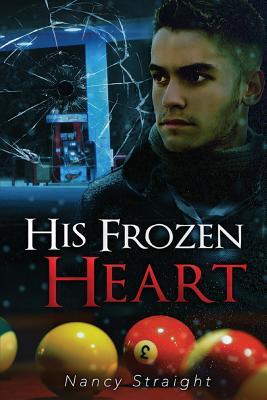 Blurb: For best friends, Candy and Libby, money is tight with hardly enough to cover their living expenses. When they are desperate for grocery money, the girls bet on their pool playing skills to add to their income. A simple wager on a quiet winter evening has devastating results, with a stalker determined to kill them both. With Libby in the hospital after a vicious attack, and Candy being pursued by the same stalker, she vows to find Libby’s attacker. What she finds is Dave, an old friend with a secret past filled with misfortune. Will Dave’s past provide the answer to all of Candy’s problems or will it become Candy’s worst nightmare realized?

I’m not saying the guy was old, but if he were milk, I wouldn’t put him back in the refridgerator.

The kid may be built like a Mack Truck, but he’s got a model airplane for a heart.  It’s been snapped together, glued, and painted so it’s a thing of beauty, but it’s fragile.

It’s no secret I love Nancy Straight.  Her emotive writing is so well balanced with her action scenes that I’m quite in awe of her work.  Plus, she is one of those “never let me down” authors, so I try to snatch up all her books when they come out.  I’m over halfway finished with all her works and I will most likely gobble them up by the end of the year.

Where to begin?  First of all, I generally make it a point to NOT read the blurb before I buy a book IF it’s by an author I like.  It adds to the surprise and, I feel, limits my pre-concieved expectations of a book.  I know, I’m weird.  I like to go in blind though.  That being said, this book totally blew me away.  I was not expecting detailed action, in-depth suspense or very real danger.

The romance added a nice layer to the story, making it more three-dimensional for me.  I loved the flashbacks.  They gave me a look in to their past without me being over loaded with backstory.

At first, I found Candy to be a bit too stubborn for my tastes, then I realized she was only 20.  Everyone is indestructible at 20. Remember? Still, it bothered me enough I took a half star off.  The other half star was taken because the climax was a bit…well, anti-climatic.

Still worth a read.

3 thoughts on “His Frozen Heart by Nancy Straight”