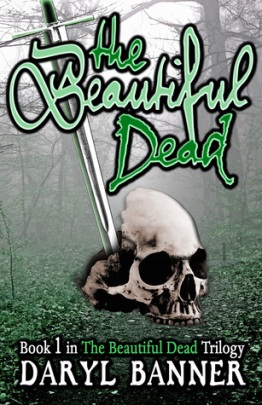 In fact, the whole world’s dead. Every single person, apparently. Unburied and reimagined into a beautiful living-dead woman called Winter, she is doomed to spend the rest of eternity in a quaint, peaceful city with no hunger, no sickness and no bills to pay. Her Second Life is perfect in every way possible.

So why is she so bent on destroying it all?

After angering the mayor, befriending rebel headless teenagers and igniting romance with a dark and brooding neighbor, she finds herself wrestling madly with a First Life she cannot remember and this Second Life she cannot accept. Not to mention the maniacal army of rotting corpses who want her dead. Again.

But none of that matters in comparison to an even worse problem. There’s a guest in her house. A rude, good-looking man on the run … a man with a heartbeat.

Ok first off, I have to say that the blurb doesn’t do this book ANY kind of justice.  It’s soooo much more than what is written.  Think negative space, look between the lines.  I think thats why it took me so long to start it honestly, it didn’t sound that interesting to me.

This book was wonderfully different than what I was expecting.  I have read his Brazen Boys series and  was expecting a bit more in the romance department because of that.  I’m glad it wasn’t like the other series.  To have more romance would have definitely taken away from the story.

The concept of undead having more than one type was kinda cool.  We don’t only have one type of human so it makes sense that the undead wouldn’t have just one type either.  This book had a great ebb and flow to it.  I would get sucked in to one part then out of nowhere, something else would pop up all shiny and attractive.

I honestly didn’t know where the story was going until I got closer to the end. Then everything kind of just fell together. The author did a great job of keeping my attention.

Bottom line, you should probably read this book, ya know, if you like good books.

This book fills my Science Fiction Post-Apocalyptic book bingo spot.  A reading challenge I am doing from a fellow blogger Just Another Girl and Her Books.