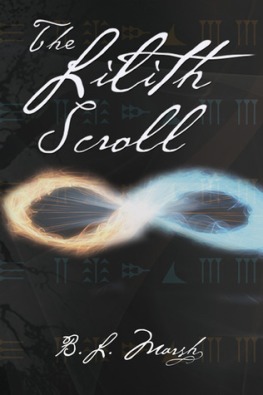 Blurb: What if you discovered there was “time” before time began? What if everything you thought was true, was not? What if there was a beginning before “In the beginning”; another story unfolding within our time, steeped in loss, love, betrayal, and secrets.

Welcome to Eden where magic was born, trees are gateways to other realms and angels aren’t what you think they are. Meet Lilith. A young girl with an incredible story. One she isn’t supposed to know much less tell. Meet Sagan. A man without past and powers who rival Lilith’s. Will he be able to help her find out her past and discover his own in the process?

Go back in time. Back to the garden. Experience the magic of the creation, the wonder of nature and the betrayal that destroyed it all.

I had to DNF this book.
It just had too much info and not enough action.
Too much backstory as if this wasn’t the first book. I felt kinda lost from the very beginning. Maybe I’m just not smart enough to read it.
The book had to have a page with a list of characters for me to memorize in the beginning of the book.
Why?
Shouldn’t I be able to figure out which characters are which on my own as I’m reading? And if the author assumed that we as readers couldn’t figure it out and needed the cheat sheet, this is a red flag to me that it has so many characters that a person can get easily confused.
After a third of the book I expected more to be happening. Not just some chic fainting at a starbucks. Maybe I was just not in the mood, even though I tried three different times to get into it. ::shakes head::

5 thoughts on “The Lilith Scroll by B.L. Marsh”