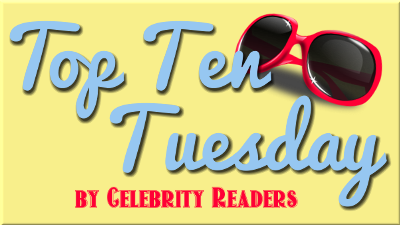 Top Ten Tuesday is an original feature/weekly meme created by The Broke and the Bookish in which you make a list of ten to do with a certain topic.  This week’s topic is “Ten Books I Feel Differently About After Time Has Passed (less love, more love, complicated feelings, indifference, thought it was great in a genre until you became more well read in that genre etc.).”

If I took the time to really think about this, I could probably come up with all sorts of examples (both ones I liked more, and ones I liked less) that were maybe a bigger change of heart.  But I’m going to be lazy and just pick the most recent ones I came across.  (though I totes agree with Curly, Reckless Magic belongs on my list too)

As always, thank you so much for joining us and checking out our lists!!  What are some books you feel differently about now?  Please feel free to share your TTT’s and we’ll come take a look!!