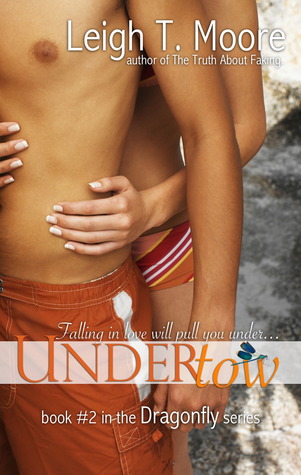 Blurb: Falling in love will pull you under…

-Bill Kyser has a plan to take the sandy farms of his hometown and turn them into a world-class tourist destination–and become a billionaire in the process.
-Alexandra “Lexy” LaSalle has a plan to change her life by becoming a world-famous artist.
-Meg Weaver has a plan to hold onto Bill no matter what she has to do.

Three friends, three dreams. One fatal decision will change all their lives forever.

In Dragonfly, Bill Kyser gave Anna the three journals that held the story behind the powerful developer’s seclusion and the damaged lives of his family members.

Anna hopes to find a way for Julian to know the truth, but as she digs deeper into the tragic events of the past, she realizes silence could be the only option.

Now she’s in an alliance with the man she formerly feared. And if Julian finds out what she knows, she could lose for good the boy she’s starting to love.

This one is probably my favorite out of the series.  It has the most drama, mystery and romance out of all four books. It it has some really great layers with flashbacks.

I think its awesome that Anna is the the outsider looking in to Lexy, Bill and Megan’s life. She provides an unbiased opinion and at the same time, you can see the parallel to her own relationship issues.  I really enjoyed the fact that she is so unsure with herself and she is aware that she needs time to process all her tumultuous feelings instead of jumping into something she will regret later.

Anna shows a lot of growth in this book I think.  She matures even more with her ability to keep a secret and her firm resolve to focus on herself.  She has some slip ups but does not give up.  She has great drive to be good in her chosen career and while she feels intimidated she doesn’t allow that to detour her quest for the truth.

Julian takes his attraction to Anna up a notch.  He is sweet, patient and isn’t afraid to show affection to her.  He starts to open up to her about himself and we dive beneath their surface feelings in this one.  I mean, how could you not love him when he starts revealing his fears and what drives his passion for art?  ::Le sigh::  He is showing Anna how much he cares for her by trusting her with his private thoughts.  I find this incredibly sexy.