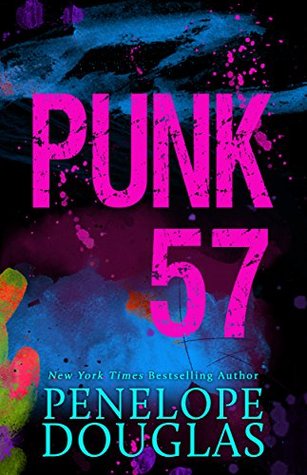 Blurb: “We were perfect together. Until we met.”

I can’t help but smile at the words in her letter. She misses me.

In fifth grade, my teacher set us up with pen pals from a different school. Thinking I was a girl, with a name like Misha, the other teacher paired me up with her student, Ryen. My teacher, believing Ryen was a boy like me, agreed.

It didn’t take long for us to figure out the mistake. And in no time at all, we were arguing about everything. The best take-out pizza. Android vs. iPhone. Whether or not Eminem is the greatest rapper ever…

And that was the start. For the next seven years, it was us.

Her letters are always on black paper with silver writing. Sometimes there’s one a week or three in a day, but I need them. She’s the only one who keeps me on track, talks me down, and accepts everything I am.

We only had three rules. No social media, no phone numbers, no pictures. We had a good thing going. Why ruin it?

Until I run across a photo of a girl online. Name’s Ryen, loves Gallo’s pizza, and worships her iPhone. What are the chances?

I just don’t expect to hate what I find.

He hasn’t written in three months. Something’s wrong. Did he die? Get arrested? Knowing Misha, neither would be a stretch.

Without him around, I’m going crazy. I need to know someone is listening. It’s my own fault. I should’ve gotten his number or picture or something.

He could be gone forever.

Or right under my nose, and I wouldn’t even know it.

I purchased this book on the recommendation of an author friend that I have. Hi Caylie! I’ve read PD books before, a few times actually.  But there was always something that really kept me from turning into a full fledged superfan.

This book was great and I really liked the penpal aspect of it. It’s actually kind of funny because my daughter has three penpals herself so it was kind of cool how it parallelled my real life.  The only thing that I didn’t like I gotta say was how they went from friends to enemies to lovers. Also, there was a lot of deceit in this book.  This is a bit if a deal breaker for me so I think that’s one of the reasons I can’t five star this. Yet, I keep coming back to her books so obviously it doesn’t ruin the whole story.

If you read her other books you’ll notice a trend with regards to the chemistry between the two main characters.  A lot of their sexual tension is based in very intense, passionate emotions but the emotions are negative.  They’re rooted in fear, anger and hate and I think that if I had to pinpoint something that pulls me back from being a super fan, that would be it. Because I cannot relate to having those feelings and then turning them around into a physical, sexual, love filled relationship.

But again, I keep coming back to her stories. Maybe I’m again glutton for punishment. Her stories always have depth and originality and as long as she keeps those coming, I’ll continue to keep reading them.

5 thoughts on “Punk 57 by Penelope Douglas”