Blurb: Three brothers with a bad reputation and three Amish girls. What could possibly go wrong?

It all started when my brother Ash proposed a bet…

Just an innocent bet. Okay, well, maybe a bet to rob the three most virtuous girls in town of their purity isn’t exactly innocent itself, but there’s no way we could have known how it would all turn out. How much trouble it would bring.

But what the hell were an Amish girl and her sisters doing in the middle of Bright Falls, anyway? I mean, it seemed almost too easy. She was a sheep and I was the wolf, and it was time for me to feast.

I’m one of the Brody Bunch, after all. Middle brother of three with a reputation for being a bad ass that came from more than just the fact that my father ran the biggest MC around for years before landing himself in prison. Sarah is the complete opposite not only of me, but of everything I’ve ever known. She was supposed to just be a conquest, an easy one, even, given how innocent she was.

How the hell was I to know that getting involved with her would change my whole goddamn world? 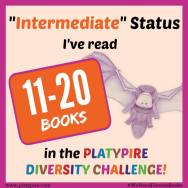 The only things that really bugged me about this book was the fact that it was a short story.  Now, I don’t have anything against them, but when my kindle shows it at 50% and then ‘Bam!’ it ends, then yeah, I get a bit pissy about it.

The other thing that bothered me was I was hoping to learn some things about Amish folks I didn’t already know.  But I didn’t learn anything new.  *sigh* Rumspringa? Check. Amish people don’t use electricity? Check. Bearded men are married? Check. I mean, I’ve watched Amish Mafia, I see how they drive buggy’s and only wear certain colors. And I know they speak dutch and are very devout.  This is all nothing new. I was hoping for more though.

Still, the author did a great job of describing what the English world was like for an Amish girl who had never left her farm.  THAT was some great writing. How the sights and the noise affected her was wonderfully described.  And how she felt about being in a sinful world gave some insight into a devout woman’s thinking. How she dealt with what she felt she needed to do and what she wanted to do was a great piece of conflict that I just ate up.  The road to Hell and all that jazz.

The ‘so-called’ bad boy had a heart of fricking gold.  He was definitely paying for his fathers sins in this story.  He totally didn’t deserve it.  Other than his promiscous ways, he was an absolute doll. His vocabulary was so intricate, I know that makes no sense, but it was.  He said things I wouldn’t expect a ‘bad boy’ to say.  And it didn’t seem out of character to me.

I think I like this story so much because its an opposites attract love story.  My husband and I are opposites,  I have no idea how we make it work, but it does. So ultimately that is what made the story believable to me.

This book is only $.99. It’s worth a shot.  Although its very graphic so if you don’t read that type of stuff, I’d pass if I were you.