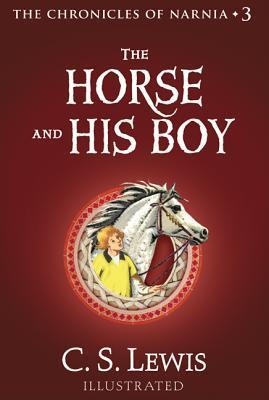 On a desperate journey, two runaways meet and join forces. Though they are only looking to escape their harsh and narrow lives, they soon find themselves at the center of a terrible battle. It is a battle that will decide their fate and the fate of Narnia itself.

My daughter really wanted us to keep reading this series so I pushed through this book but I was never really a fan of this story. I think this might be my least favorite CS Lewis book in the Narnia series.  My daughter loved it though.  She was very excited to read it and I think we may have finished it faster than TLTWATW.

I found Aravis to be a bit spoiled and overbearing.  We see the potential for her character to grow but it happens at such a slow pace for me that I kinda just gave up on her.  Shasta seemed to be a bit of a pushover, never really coming to any conclusions on his own.  Just kinda letting events happen to him as opposed to facilitating them himself. And the horses seemed to be more of just extras to tie in the Narnia theme.  Their personalities reflect Shasta and Aravis, making them less likable to me due to lack of originality.

I did enjoy the hermit quite a bit along with the king and the young prince as well. I could have spent more time getting to know him more.  Peter, Susan, Edmund and Lucy are the ones I wanted to learn more about really, but they were only in it sparingly.  The good news is, my favorite book in the series is next so yea, more Pevensies! 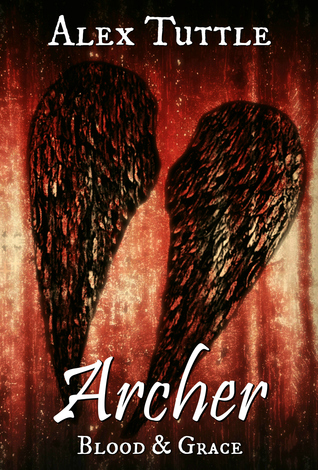 Blurb: Archer fell from Heaven for a crime he didn’t commit, but he has a chance to earn his way back. His instructions are simple: vanquish evil and turn his black wings white before darkness fills his soul, damning him to Hell forever.

His mission becomes complicated when Piper, a girl from his past, enters his life once again. He can’t put her in danger, but he can’t bring himself to push her away. Not when being near her keeps the darkness from consuming him.

No Fallen has ever made it back to Heaven. Can Archer earn his way back before it’s too late, or will he sacrifice everything to fulfill a plan he doesn’t even know he’s part of?

I alpha’d/beta’d this book cause I’m cool like that.  LOL  Us beta hellions did our due diligence on this one and gave feedback.  😉 This review might be a bit long cause I have so much to say.

Archer is an innocent that gets dragged into God’s plan to change something he put into place a long time ago.  I loved Archer, he was methodical, determined and still was able to maintain his compassion when his actions conflicted with his morals. Seeing this story unfold from many POV’s is what really made this book so excellent for me.

And Piper was a great addition to this story.  She had this sass to her, she didn’t allow you to wallow.  Even when she’s mad, she was still there to help.  She was a ride or die chic, as my husband would say. And that spoke to me, cause I’m the same way.  Don’t fuck with my tribe, I will cut you. ::Ahem:: Sorry ’bout that, got a little carried away there.

The intense internal emotions that are going back and forth in this book are very heightened, it’s, uhm, I don’t even know how to explain it. His determination to get back to heaven is a bit single minded.  I don’t recall the last time I wanted something as bad as Archer does in this book. But I remember what it feels like and it was hard to read from the outside looking in, because I felt I understood where he was coming from.

The action on top of that, I mean, there is a lot of violence in this book. A lot.  I’ll just leave it at that.  Except to say that I do not have  a weak stomach and at times I was like, “Eww, gross!”  Touche’ Alex.  I bow to your descriptive writing, sir.

And for me it was really hard to get around the whole god is not infallable aspect. It was a highly original spin on free will and the christian religion in general.  And this is gonna sound so terrible, but it just made me pissed off at god in the book.  The character god in the book was a douche canoe of the highest order. (Ever heard that song, What if God was one of us?) Even though I know its fiction, but yeah, god was a terrible character in this book.  Its almost as if he is portrayed as the antagonist in this book.  There’s not really like a tangible bad guy, its just god. But he’s not at the same time.  Its hard to come to grips with that for me.  That part still kinda rubbed me the wrong way cause I’m a casual observer, I go to church a few times a month.  He was just such an asshole. But in a way its like, wow, what a spin to put on it, its just really, really cool. I mean the idea for the story is fucking brilliant.  I’ve never read a story that combined religion with mythical aspects so well.  It made for a great plot twist at the end.

I would not suggest this to people who are religious to read it, but if you don’t have any qualms about that, get this book.

Blurb: Three brothers with a bad reputation and three Amish girls. What could possibly go wrong?

It all started when my brother Ash proposed a bet…

Just an innocent bet. Okay, well, maybe a bet to rob the three most virtuous girls in town of their purity isn’t exactly innocent itself, but there’s no way we could have known how it would all turn out. How much trouble it would bring.

But what the hell were an Amish girl and her sisters doing in the middle of Bright Falls, anyway? I mean, it seemed almost too easy. She was a sheep and I was the wolf, and it was time for me to feast.

I’m one of the Brody Bunch, after all. Middle brother of three with a reputation for being a bad ass that came from more than just the fact that my father ran the biggest MC around for years before landing himself in prison. Sarah is the complete opposite not only of me, but of everything I’ve ever known. She was supposed to just be a conquest, an easy one, even, given how innocent she was.

How the hell was I to know that getting involved with her would change my whole goddamn world?

The only things that really bugged me about this book was the fact that it was a short story.  Now, I don’t have anything against them, but when my kindle shows it at 50% and then ‘Bam!’ it ends, then yeah, I get a bit pissy about it.

The other thing that bothered me was I was hoping to learn some things about Amish folks I didn’t already know.  But I didn’t learn anything new.  *sigh* Rumspringa? Check. Amish people don’t use electricity? Check. Bearded men are married? Check. I mean, I’ve watched Amish Mafia, I see how they drive buggy’s and only wear certain colors. And I know they speak dutch and are very devout.  This is all nothing new. I was hoping for more though.

Still, the author did a great job of describing what the English world was like for an Amish girl who had never left her farm.  THAT was some great writing. How the sights and the noise affected her was wonderfully described.  And how she felt about being in a sinful world gave some insight into a devout woman’s thinking. How she dealt with what she felt she needed to do and what she wanted to do was a great piece of conflict that I just ate up.  The road to Hell and all that jazz.

The ‘so-called’ bad boy had a heart of fricking gold.  He was definitely paying for his fathers sins in this story.  He totally didn’t deserve it.  Other than his promiscous ways, he was an absolute doll. His vocabulary was so intricate, I know that makes no sense, but it was.  He said things I wouldn’t expect a ‘bad boy’ to say.  And it didn’t seem out of character to me.

I think I like this story so much because its an opposites attract love story.  My husband and I are opposites,  I have no idea how we make it work, but it does. So ultimately that is what made the story believable to me.

This book is only $.99. It’s worth a shot.  Although its very graphic so if you don’t read that type of stuff, I’d pass if I were you.