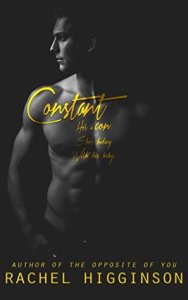 Fifteen years ago I met Sayer Wesley. I fell in love with him. I promised I would never leave him. I swore nothing could break us apart.

Five years ago I broke my promise. I ran away. I took the one secret that could destroy us both and disappeared.

Five days ago I thought I saw him.

I knew it was impossible. Sayer was locked away, serving a deserved sentence in federal prison. He couldn’t find me.

He wouldn’t find me. I was too good at hiding. Too good at surviving.

Because if Sayer ever found me, there would be hell to pay for a plethora of sins. The worst of which, he didn’t even know about.

Five hours ago, I told myself I was crazy.

Five minutes ago, I saw him again.

Five seconds ago, I was too late.

DAMN!!  Like holy shitsnacks people.  I was curious about this book from the first moment Ms. Higginson hinted at the blurb in her street team.  I mean, seriously…how can you not be intrigued by that??  It was both everything I was expecting and totally took me by surprise all at the same time.

This may be a slightly different genre for Ms. Higginson, but she brings her epic voice with her to each of the characters.  Honestly, for me it doesn’t matter what genre she writes, I know I’m going to fall in love.  Her characters have snark and sass and heart and depth.  And the voice of the BOOK even screams Rachel Higginson.  There’s just something about the way she writes that gets to me every time, and she got me this time too.  When you’re having to talk yourself out of highlighting Caroline’s conversation with a Cherry Coke bottle, you know you’re in trouble.

I’m neither a lover nor hater of past/flashback chapters.  But I can honestly say that they worked amazingly well in this story.  They were scattered about in such a way that we learn just enough to tantalize and give us glimpses at both past events and the past incarnations of our characters.  They melded with the storyline perfectly for me.  And if I’m being honest, my favourite chapters were the past chapters.  There’s just something about young Caro and Sayer (and Frankie and Gus) that had me hooked.  And I can’t tell you how many times I was on the edge of my seat.

The present chapters actually provided a contrast in pacing.  While the past chapters felt quick, the present chapters were a bit more introspective at times for Caroline.  Occasionally that didn’t work for me, but I felt like the pace picked up in the second half of the book, and it was a ride right to the end.  And can I just remind everyone that this is a DUET.  So, you know…try not to be too surprised with the ending.  I wasn’t.

The relationship between Caroline and Sayer was SUPER strange.  And I knew it had to be.  Honestly, I was wondering how Ms. Higginson was going to be able to pull it off.  I mean, from the blurb we know that she was in love with him, and we also know she’s now frightened of him…so I was curious how she was going to pull off convincing me of both of those emotions.  And I was a bit concerned with how *I* would feel about Sayer as a result.  But I honestly shouldn’t have worried, Ms. Higginson makes it all work out in the end.  I won’t give anything away, but I both loved him and was occasionally disturbed by him.  Which is a strange feeling to have for a hero.

Caroline was just everything I love in a Higginson heroine.  Which is not to say she’s a cookie cutter of any of her previous heroines, but she was flawed and frustrating and brave and sassy and all those things that I somehow end up loving.

Can I give props to secondary characters too?  From past characters (Frankie and Gus) to present characters (Juliet, Francesca, Maggie, and Jesse) to evil characters, they all just added their own something to the story.

And now we wait.  In agony.  You have no idea how hard it is for me not to beg and plead for hints.  But honestly?  I prefer to wait and devour the whole thing instead of ruining it.  I’ll just keep chanting February, February, February…. 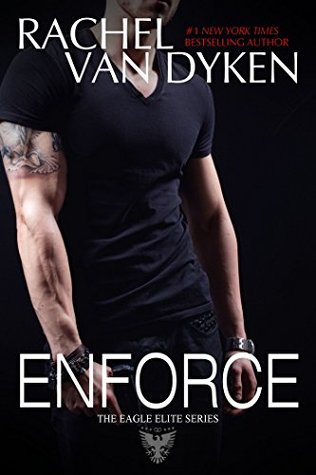 And ours?
Isn’t pretty… Then again,
what’s pretty about the mafia?
Trace Rooks, that’s what.
But she only wants one of us, and I’ll kill him before I let him have her.
The only problem ?
We’re cousins .
And she may just be our long lost enemy.
Whoever said college was hard, clearly didn’t attend Eagle Elite University.
Welcome to hell also known as the Mafia where blood is thicker than life, and to keep
yours?
Well, keep your friends close, and your enemies?
Even closer…

This book made NO sense whatsoever! I’m so upset because I have never reacted this way to a book by RVD before. I don’t even know what plot was. Something like, mafia were trying to protect there asses by running a college and also they were the heads of their families, but they were only like 22? And then there was a new girl who was nice so they were mean to her to protect her? From what I have no idea. And they murdered and sexually manipulated people but I’m supposed to care about them? I just don’t get it.