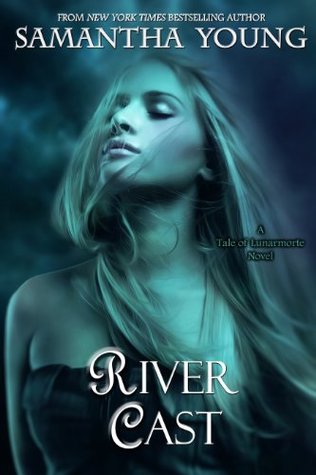 Swept into the world of the Daylight Coven, Caia is caught between her loyalty to the Daylights and her new insight into the hearts of the Midnights. As more obstacles are thrown in her and Lucien’s way, Caia is pushed further adrift from him and Pack Errante. With no one to turn to, Caia has to make the most difficult choice of all…

Who does she truly belong with? The Daylights or the Midnights?

The first one was a lot of background information but once you got all that down it got a whole lot more interesting.  Except for the whole, “We refuse to be mates just because” thing.  That actually really fucking annoyed me, I don’t understand it.  I would have nipped that shit in the bud but thats just me. I personally would have never got with Lucien in the first place because I’m not a pushover like Caia is.

This book had a lot more stuff going on.  There was a lot more political intrigue and espianoge and I really enjoyed that in the book.  One of the things that kind of was like a burr under my skin was the fact that Caia was playing a political game when I felt that she should have been playing a straight forward game. She was trying too hard in my opinion.  And allowing for way more respect to Marita than I ever would have given her. I feel like that is what got her in trouble.  She doesn’t have to answer to Marita, she is the head of the Midnight Coven.  They are equals.  Marita was very overbearing about it and treating her as if she was her subject, when in fact Caia should have made it very clear from the beginning, “Bitch, lets not get this twisted”  I think thats where her downfall was with regards to the political aspect.

I don’t even understand the whole Lucien/Cair relationship thing.  The only way their relationship made any kind of sense was because he was a shifter alpha.  And they are known to be very agressive, possessive and domineering.  But she is an alpha too, so it didn’t make sense.  With her being as independent and strong magically and politically, I don’t know why he felt the need to hover.  She could very clearly take care of herself and yet he still acted like she was this fragile thing.

But I will say this, one of my favorite things about this book was Jaeden and Ryder’s story. Oh lordy, it was good.  Their story was just like the frosting on the cake.Jaedans character was really well written.  Ryders levity helped to even out her rough edges which I quite enjoyed.

And the way they kind of threw Rueben in there. At first it was hard to figure his role out, even by the end of the book I was still scratching my head.  But it came together very nicely, there was no loose ends, everything was tied up.

This book was great.