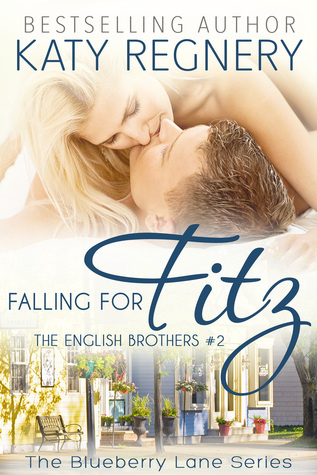 Blurb:  Fitz English and Daisy Edwards fell in love during one magical summer when they were teenagers. When something tragic happens at the end of the summer, Daisy tells Fitz she never wants to see him again. Despite his feelings for her, he respects her wishes and for almost a decade Fitz and Daisy go their separate ways.

Almost ten years later, when Daisy moves home to Philadelphia, they meet again, and both are shocked to discover that the feelings they had that summer are just as deep and real today. There’s a little snag, however. It seems that Daisy is engaged to someone else, and she’s come home to get married.

Can Fitz get Daisy to fall for him all over again before it’s too late? Only if Daisy can learn to trust the man who shattered her heart once upon a time.

I really liked the background of this couple.  It was so different that the first one and I was worried that this book would just be more of the same ya know? The had that summer love thing going on, reminded me of Grease.  Fun fact about me, I FLOVE musicals, so that really struck a chord with me.

Daisy is so funny but sometimes she irritated me.  One of the things I continually tell my husband is, “I’m not a mind-reader!  Don’t assume I know what you’re thinking!”  Which is what I caught Daisy doing a lot of.  You can’t say one thing, want them to not listen to you, then get mad when they do listen to you.  That’s not how this works, that’s not how any of this works.  🙂 I enjoyed how she was ‘engaged’ though.  Even if I felt that was a bit over dramatic.

And Fitz was so cute when he threw his hat in the ring.  Once he decided he wanted to be a part of her life.  He went all in.  Like it was almost over the top how he far in he went.  His devotion was endearing.  And I loved how Daisy brought out his playful side.  He is generally a stuffy white collar guy but her presence seemed to awaken him a bit.

It all went very fast after that though and I was hoping for a more lengthy romance, but hey, what do you expect when they have been pining for each other for almost ten years?