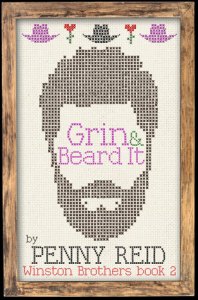 USA TODAY Bestselling Romantic Comedy Series
Sienna Diaz is everyone’s favorite “fat” funny lady. The movie studio executives can’t explain it, but her films are out-grossing all the fit and trim headliners and Hollywood’s most beautiful elite. The simple truth is, everyone loves plus-sized Sienna.

But she has a problem, she can’t read maps and her sense of direction is almost as bad as her comedic timing is stellar. Therefore, when Sienna’s latest starring role takes her to the Great Smoky Mountains National Park she finds herself continually lost while trying to navigate the back roads of Green Valley, Tennessee. Much to her consternation, Sienna’s most frequent savior is a ridiculously handsome, charming, and cheeky Park Ranger by the name of Jethro Winston.

Sienna is accustomed to high levels of man-handsome, so it’s not Jethro’s chiseled features or his perfect physique that make Sienna stutter. It’s his southern charm. And gentlemanly manners. And habit of looking at her too long and too often.

Sienna has successfully navigated the labyrinth of Hollywood heart-throbs. But can she traverse the tenuous trails of Tennessee without losing her head? Or worse, her heart?

My Review:
5 stars — My wonderful co-conspirator, Curly Carla, loaned this book to me through Kindle (which we both didn’t think was going to work since I’m in Canada and we Canadians can’t loan books, BUT IT DID!)!!  And I adored it so much I immediately upon finishing went out and bought it so I didn’t lose my multitude of highlights…

YOU GUYS!!!  I’ve been so worried that something was wrong with me, since my previous Penny Reid reads (*snort*) have not been stellar successes.  But it appears I just hadn’t found my match as yet.  Apparently I’m picky or something.  I don’t know, it just seemed that there was so much good in her writing, but I would inevitably be rubbed the wrong way by something or other.  BUT NOT IN THIS BOOK!!  This book was a delight from fricking beginning to end.  It was full of happy sighs and goofy grins and tummy tingles and great guffaws.

I actually own book one but have not read it yet, but I really needed a book for my Platypire Diversity Challenge since the theme for the month of January was “Body Positivity”, and I *knew* Sienna was a plus sized girl, so I thought SCORE!  Plus, extra bonus points since she is also a person of colour!  So it was kind of a lame reason, but I can’t believe how well it worked out for me.  I was honestly sucked in from the very first page.  Or rather, I had previously been sucked in by the first page because I’d read an excerpt (and promptly wishlisted this book), but it just continued to suck me further and further as the book went along.

Sienna was a delight.  She was silly and sassy and confident but with a hint of vulnerability.  Her internal monologue about being a plus sized actress had me immediately highlighting and wanting to high five her.  She also had an interesting family dynamic, that while it didn’t come into play a LOT, it made an impression on me.  And her first encounter with Jethro is just so….well, quite frankly, I swooned right along with her.

Jethro was just EVERYTHING I was needing in a hero.  He was this bizarre mix of confident, sweet, flirty, charming, damaged, vulnerable, complicated and deep.  But I’m right there with Sienna, the thing that drew me to him was just how genuinely and effortlessly good he was.  This is not to say that he doesn’t have his flaws, but I understood them.  And I just can’t gush enough about him.

And quite frankly, while they were both amazingly unique and intriguing individuals, it was their dynamic with each other that had me just glued to the pages.  They were exactly as Sienna described them — so EASY with each other.  They fit like puzzle pieces.  And even the conflict that arose between them made sense and ran its course and didn’t overly frustrate me, but allowed me to see their relationship grow and change.

I ADORED Ms. Reid’s note at the end about how Sienna Foster became Sienna Diaz.  I really appreciate that she took the time to try to make Sienna as authentic as possible, and it really shows.

I’m definitely excited to read more in this world.  I don’t know if I’ll have quite the same luck as with this book, because these two were just tailor made for me, but I’m so intrigued with all of the brothers (and Ashley) and their love stories, either already told or still to come.

4 thoughts on “Grin and Beard It by Penny Reid”