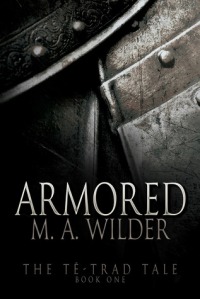 When seventeen-year-old Beckit Wright joins Aaron, a mesmerizing and mysterious knight, on a dangerous adventure to a world that she is destined to save, things get complicated when her safety and heart wind up in jeopardy. As the two struggle to keep their professional relationship from turning personal, Beckit and Aaron begin to wonder how long will they be able to fight both their enemies and their fierce attraction for one another before one of them ends up hurt or worse.

My Review:
3 stars — Wellllll…*beep*  I mean seriously.  I am a big ball of torn.  I don’t even know what that means, good start Lenore.

So here’s the thing.  There were two things about the way this book was written that just bugged the crap out of me.  I mean SERIOUSLY drove me batty.  And I will get into them.  And then there were a handful of things that kind of annoyed me, but not horrendously.  And then there were things I loved.  I spent the first half pretty sure that I would just finish the book, give it an OK rating, and move on with my life.  But the problem is that the good things have me compelled!  I want to know where the story goes!  And it ended on a pretty big cliffhanger…sort of…I never know the definition of cliffhangers, but it wasn’t all neat and tidy.  So I’m going to read the next one!  Even though GAH!!  JUST GAH!!!

OK, so let’s get the really bad out of the way and work our way to good.  Bad thing #1: this book was written in what I believe is 3rd person omniscient, and I do NOT read 3rd person omniscient, so I’m not sure exactly, but I don’t think it was done very well.  MOST of the time, and for a good chunk of the beginning it was in 3rd person limited (Beckit’s head), and I was enjoying that.  And then all of a sudden we definitely weren’t in Beckit’s head.  And it confused the crap out of me.  First because I wasn’t entirely sure whose head we were in, or if we were in any head…and it happened sporadically for the rest of the book.  We’d be going along as Beckit, and then wham…something else.  Sometimes I could figure out it was probably Aaron, but other times I just couldn’t tell.  And because it was so sporadic, it was really jarring and I honestly feel like the book would have been better served to stick to Beckit only…I don’t think the switches really added much given how confusing they were.

Bad thing #2: Sort of related, because sometimes when the POV was switching, it would almost be sort of like a narrator, and so the author would continuously switch out Beckit’s name with “the human” or “the poh iverstant”…  It really didn’t fit.  I don’t understand the point of doing that.  It felt like when someone is given the advice to change things up to provide variety, but it just again made me confused about the perspective.

OK, so those were the bads that drove me batty.  Onto the meh things.  1) The pacing was a bit off for me.  I felt like things moved really rapidly at the beginning, but without much explanation, and so I wasn’t invested.  I tried to explain the book to my husband and he laughed because I sounded like a run on sentence (“and then they got to the planet, and then they were attacked, and then they ran to a village…”).  And I didn’t like that the chapters would end with a sort of cliffhanger, but then would not immediately resolve in the next chapter.  Like (and this is not an actual example, b/c I don’t have one handy), she would turn around and scream, but then the next chapter would start off with her lounging hanging with her BFF, and eventually they would explain what made her scream.  It felt like contrived tension.

2) The love triangle was unnecessary in my opinion.  I mean, yes, it’s no secret I don’t like love triangles, but this one really didn’t serve a purpose, or at the very least it should have served a short purpose and been resolved.  (it kind of felt like we were getting into the trope of everyone falls in love with the heroine who thinks she’s an ugly duckling, and that’s just not my fave…especially because I kind of liked that Beckit was not a usual size/shape).

3) Aaron.  He was inconsistent as all heck.  He would have a few swoony moments, but I really didn’t know enough about him to really understand why he was drawn to Beckit, or what he was thinking, or heck, what he was like (which given that the perspective jumped, we could have had more moments in his head to enlighten us)??  And then he would become childishly possessive.  For a thousand year old Knight, he behaved like a child with a temper tantrum too often for me to swoon.  And I just didn’t get the pull that Beckit felt for him.  It felt like a crush and lust, I don’t think I got enough interaction to get where it turned into more.  Heck I don’t understand if they’re even friends.

4) The sex scene didn’t fit the tone of the book.  I’m a proud reader of all levels of steam, from squeaky clean to erotica, but the sex scene was hella explicit for a book that felt more YA than NA.  And for characters that were goofier.  But maybe that was just me (and at least there is a warning in the blurb).

5) Beckit and Tameka (but mostly Beckit) were way too accepting of things.  And for Beckit it was based on some feelings.  If those feelings were then explained to be some magic pull between an erone and his poh iverstant, then I would accept it.  But just because you acknowledge to the reader that she should be more wary/skeptical, but just isn’t, doesn’t really satisfy me.  And what are Tameka’s parents thinking?  And does she not care about them worrying about her?

Damn this review is getting long.  Sorry guys.  THE GOOD!!!  1) THE WORLD!!  Colour me intrigued.  I kind of love that there’s this planet that contains all these supernatural creatures, and that’s just the way it is and everyone just lives together.  It amuses me, I enjoy it.  And I ADORED the way the Knights were added, and how they’re kind of shifter like with their armor being a part of who they are as creatures or something.  Like seriously cool.

2) When the writing was on, I really felt for Beckit and the things she was going through, and she got me in the feels.  It wasn’t consistent, but when it was there it was amazing.

3) The bits of sassy humour!!  Seriously, the characters had me grinning in a number of places.  And I know this is a downside for some readers, but I enjoyed the youthful slang that Tameka and Beckit used.  It just fit their personalities and brought out their teenagerness.  And the games night!  It was a great moment of levity that was sorely needed.

4) Beckit was smart!!!  I ADORED the scene in the council meeting!  I wanted to high five her all over the place!

5) While I wasn’t the biggest fan of the romance, and it was inconsistent, when the chemistry was there I really felt it.

6) The motley crew of friends!!!  Tameka was sassy and pretty funny (though she would probably get on my nerves after a while in real life).  Linnie was an interesting addition, and I hope we see more of her in the future.  I really hope Frost has a lot more secrets to tell, b/c while he’s interesting, he will be even more interesting if there is something to the little hints we see every now and again.  Royce is even intriguing, he’s a nice foil for Meka.  And RAN!!!  Ran is my total favourite.  Love that guy.  I can’t even.

8) Particularly Atlas!!  I love me a father/son dynamic, and he really added to the story.

9) And I can’t stress this enough, DIVERSITY!!!  A black heroine!!  A hispanic BFF!!  A gay werewolf!!  A bi vampire!!  And even secondary characters were a colourful array of ethnicities.

And this can go in the bad and good: the overarching plot!  It’s intriguing, but it was really shuffled to the background a lot.  I mean, I still don’t understand what the Te-Trad even is, or what they’re going to do, or much about where the whole conflict is going to go.  But nevertheless I’m intrigued!  I want to know!

So there you have it.  Next book has been purchased, about to be started.  We’ll see if I can tolerate the bad enough to enjoy the good for the rest of the series.

2 thoughts on “Armored by M.A. Wilder”