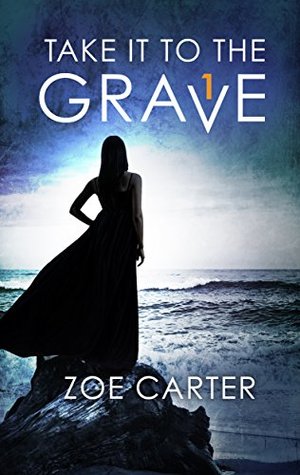 It started with an anonymous note…

Sarah Taylor-Cox has the perfect life—a gorgeous husband, a picture—perfect house in the Hamptons and a beautiful baby, Elliot. Now, the invites are being sent out for Elliot’s christening, and the Taylor—Coxes are determined the party will be the event of the year.

There’s just one chink in Sarah’s carefully constructed calm demeanour—her sister, Maisey, will be coming. The sisters used to be close, but now their lives couldn’t be more different. Surely though, they will slip back into their old ways, and the party will go off without a hitch…

Then, Sarah’s difficult relationship with Maisey is pushed to the back of her mind when she receives a note, one which makes her whole body shake with dread: I know your secret. I’m going to tell.

It was very suspenseful, but I didn’t really get an idea of what the story was about. Just that there was something in their past that they didn’t want anyone to know. And they haven’t spoken in years. It was very “I know what you did last summer”

The dual POV was interesting because they are not alike and with Sarah’s lifestyle I was glad.  Her husband’s behavior was a lot to take and I don’t think I could have kept reading it if Maisey wasn’t in the story.

I kinda dug Maisey as a character and would have like to see more from her perspective but alas, it was not in the book. Other than that, Maisey seems to be a serial dater while Sarah is in a an abusive relationship but seems to like it.

I don’t think I’m gonna read the rest as I don’t have the patience to read five more parts to find out what it was they did. I just don’t care enough about the characters to put in the effort.

I received this book in exchange for an honest/unbiased review.