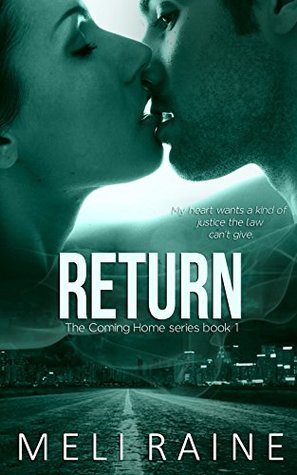 Blurb: MY HEART WANTS A KIND OF JUSTICE THE LAW CAN’T GIVE.
On a dark, rainy night I drove my overstuffed junker car back to a town I never expected to see again.
And when I needed a rescue by the side of the road, a six-foot tall piece of hot, unfinished business named Mark was what the universe sent me.
Three years earlier I’d fled town (and Mark) to follow my wrongly-convicted father to his federal prison, working crappy jobs to stay afloat and visit him every second I could. But now Dad’s dead and I’m mysteriously offered the best job of my life at the college where his life blew up when he was accused of a crime he didn’t commit.
Someone wants me here. Desperately.
I’m hoping it’s Mark.
Because if it’s not, I’m in more danger than I ever imagined.
And if it is?
Mark may be the most dangerous choice of all.

There’s a certain class of people in this world who take a deep joy in watching other people suffer. Sometimes they’re the same people who teach Sunday School, who volunteer to run school groups, and who are pillars of the community. Not all of them, of course. But all it takes is one.

This book is perma free.

This was a quick suspenseful read.  It had lots of sensual steaminess as well.  The plot was a bit hard to follow and I felt the characters could have been fleshed out a bit more but with it being such a short book I forgave that.

I was a little upset how the book ended with no real closure. I get that authors want to entice the reader to purchase the next book but I have a rule that if SOME of the plot isn’t resolved in the end then I won’t read the next one.  And that was the case with this one.

However, I had to know what happened in the subplot romance so I purchased the next one for JUST that purpose.  Call it cheating or whatever but the steamy scenes were well written and I needed closure!  LOL, I honestly don’t predict I will be reading anymore by this author because I was so disappointed with the ending but who knows..