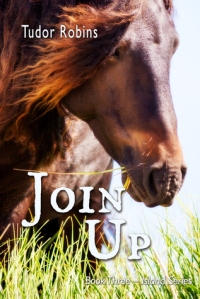 A summer at one of the poshest riding camps in the province. A hundred horses. Rolling hills ribboned with hacking trails and cross-country jumps.

It could be perfect. Unless you’re Lacey Strickland, and you’re leaving Salem, Meg, and Jared behind on the island.

The only thing that isn’t hard to leave is Lacey’s memory of her first kiss, delivered in a spring-scented hayfield, which sizzled, then fizzled into nothing at all.

The other thing making camp less-than-perfect for Lacey? She’s not a cosseted camper, but a staff member – teaching riding lessons from sun-up to sun-down.

In Meg’s first letter to Lacey, she writes: “I bet anything there’s at least one amazing horse waiting for you there. And maybe a new great – if not best – friend.”

Is Meg right? Could Lacey meet a horse she’ll love just as much as Salem? And are there new friends in her future? Maybe even somebody who could give her more than just one kiss in a hayfield?

Find it on Goodreads.
Order it on Amazon.

My Review:
3.5 stars!  I received an copy of this ebook from the author in exchange for my honest review!

I honestly didn’t initially realize that this wasn’t going to be a continuation of Meg’s story, but since I felt like her story was complete, I was happy to see that we have a new heroine — Lacey!  She was so bubbly and forthright, I was interested to see how it would be to read from her perspective…and in general I thought the author did a great job of being faithful to the Lacey we’d come to know, just grown up.

I’m not a horsey person, but I felt like I could want to be a horsey person after reading these books.  They really give you such a sense of how important these creatures are in some people’s lives….  LOVED watching Lacey get to know Night.  Enjoyed the little bits of horsey knowledge that was passed along in little places here and there…not so much to overwhelm someone from outside that world, but enough to give a sense of place and time if that makes sense.

I thought the romance was blended in nicely with the rest of the story.  It’s really such a minor role — it’s more Lacey’s coming of age tale.  Dealing with the aftermath of a first kiss, learning to be a leader and teacher….  But I did really like Fitch and the way they bantered back and forth.

I do wish the book had been a bit more something…either more romance, or more coming of age struggles for Lacey.  I don’t know, I just wanted something a bit more.

I also felt like the ending kind of snuck up on me — not that it didn’t work, but just that I turned to a new chapter and all of a sudden it was the ending.  Might have been nicer to say “3 weeks later” or to label it as an epilogue.  Just something.

All in all this was a great addition to the Island Trilogy.  I’ll miss the girls and their horses…

9 thoughts on “Join Up by Tudor Robins”