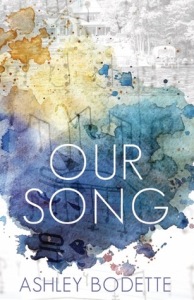 Becca:
I broke up with Trip four months ago. But with the exception of my parents, I haven’t told anyone why. Not my friends, not my little sister, not even Asher.

Asher:
I’ve been missing my best friend every day for the last nine months. Even though Becca broke up with Trip months ago, she’s still been distant, even when we’re in the same room.

Trip:
She thinks she can break up with me and then go on a “family” vacation with him? I’m going to prove to both of them that she never should have left me.

My Review:
3.5 stars — I received a free copy in exchange for an honest and unbiased review/opinion.

This was a case of a book not fitting me personally.  It had a lot going for it, and I think for the right reader it’s going to be a total hit.  I’ll get the misses over with first, and then I’ll tell you about all the good stuff.

For me, it was sort of a matter of not being able to relate to the characters.  While this book addresses a very serious issue (and does so brilliantly, I’ll get to that in the good stuff part), the other half of the book (ie the romance) was actually just too sweet for me.  I know, that totally sounds stupid, but it’s really just a personal taste thing.  While this book is in NO WAY a religious read, the characters are both active church going individuals who attend youth group and wear purity rings, so their Christianity is obviously an important part of their characters you know?  And there’s a part of me that really enjoyed that in a philosophical sense, in that it feels like there aren’t a lot of normal contemporary books out there where the characters are unapologetically Christian, but where it doesn’t take over the whole book you know?  And this book definitely accomplished that in my opinion.  It was just a part of who they were, but it wasn’t all they were or really a big aspect of the book’s plot at all.  But at the same time, I ended up learning something about myself: apparently I’m just not attracted to those kinds of characters as a reader.  It’s not that I don’t read clean romances.  I do all the time, and I actually enjoy them.  But apparently there’s something that this one was missing for me.  Maybe it’s the sass?  I don’t know.  It’s kind of weird, b/c back when I was 14 or so, I had many of the same extracurricular interests as Becca (youth group, choir, band)…but then my best friend moved away, and I grew into a different person, and maybe that new person is just jaded and cynical or something.  So when I say that a big part of what has me rating this lower is a personal taste thing, I honestly mean it.  I think when it hits the right readers, they are going to love it.

And all that’s not to say that Becca and Asher didn’t have me grinning at times, and even swooning occasionally.  And man, the kissing was so good!!!  The boat scene??  *sigh*  But there were moments in the dialogue where I could just feel my inner cynical cat side rear its ugly head and go “really?”  Even though upon reflection I could see people having those conversations, it just took me out of the book.  (and on an actual legitimate nitpick, sometimes I felt like the game rules dialogue was more there for the readers, and felt less natural in the situation)   So I was constantly wavering between awesome giddiness and cynical jadedness.  It made for a very weird reading experience.

Now onto where this book shines — how it deals with the issue of dating abuse.  I haven’t come across a lot of books that delve into that subject, and I think it’s an important one to talk about.  And I thought that Ms. Bodette treated the subject with so much respect and honesty and realness.  I felt all of the emotions that Becca did.  I felt what Asher felt.  I felt for her parents.  I could see how it could happen, and the emotional impact it would have on all those it touches.  And at the same time, it wasn’t all the book was about — the author managed to balance it in there with the sweet romance between Asher and Becca.

And can I just say that the lyrics for Our Song were fantastic??

So while this book didn’t hit it out of the park for me, I would definitely recommend giving it a try for those that crave a great clean romance read.  Especially if you love authors who can tackle the hard issues with heart.  It was a great debut, and I’m sure the author has a lot more good things to come.

3 thoughts on “Our Song by Ashley Bodette”