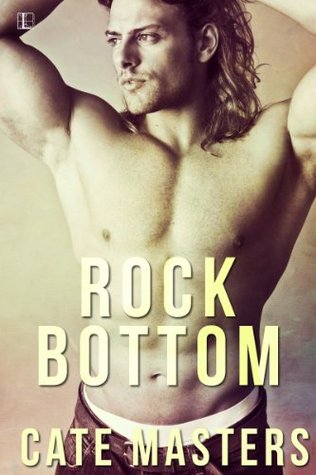 Blurb: Can success trap you at Rock Bottom?

For rocker Jet Trently, success means playing the same platinum-selling hits ad nauseum. Philly rock journalist Billie Prescott thrives on covering the latest music releases. When her editor sends her to Malibu to cover Jet’s reality dating show, Rock Bottom, her blog’s success keeps her trapped there. Her life’s at Rock Bottom too, until she hears Jet’s new songs. They touch her heart as his music did when she was fifteen. When Jet touches her heart as well, will the reality show ruin the real thing?

Okay, the title and cover are a bit cliche but the writing was sound.  The story was engrossing for the first third of it but then something happened, or rather something didn’t happen.  Billy’s character stop evolving and her constant internal debate and misunderstanding started to get boring.  The repetition led me to start the process of not-picking.

Once I lost interest in her character other things started popping up. Billie was too pushy for me. And I found Jet to be arrogant and condescending.  Also, I wasn’t feeling the chemistry.  It didn’t make my toes curl, but rather, made me scratch my head in confusion.  I didn’t see how Jet would have kept trying to be with her when she was so cold to him.  I feel like I didn’t get enough backstory for either character to really care about them. So I wasn’t really invested in them.

Then without spoiling it, the ending.  ::rolls eyes:: I only finished it because I had invested my time and with 30 pages left I felt I needed too.   So solid 4 star in the beginning ending was a 2 star leaving my review at an overall 3 star.  Too bad, I probably won’t be reading any more from this author.