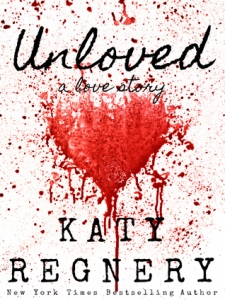 My name is Cassidy Porter…

My father, Paul Isaac Porter, was executed twenty years ago for the brutal murder of twelve innocent girls.

Though I was only eight-years-old at the time, I am aware – every day of my life – that I am his child, his only son.

To protect the world from the poison in my veins, I live a quiet life, off the grid, away from humanity.

I promised myself, and my mother, not to infect innocent lives with the darkness that swirls within me, waiting to make itself known.

It’s a promise I would have kept…if Brynn Cadogan hadn’t stumbled into my life.

Now I exist between heaven and hell: falling for a woman who wants to love me, while all along reminding myself that I must remain…

My Review:
4.5 stars — I received a free copy in exchange for an honest and unbiased review/opinion.

LOVED it.  Like, LOVED it.  It wasn’t as dark as I was expecting, I don’t know why I thought it would be.  So if you’re looking for a really dark read, this probably won’t fit.  But it was an emotional ride right from the prologue (especially since I started it 2 days after Vegas, hit a bit close to home).  I bawled off and on through the first few chapters.  I really do believe Ms. Regnery is trying to collect torn out bloody hearts for her collection…maybe she stores them with the tears of her readers…

OK, so I’m not usually an insta-love kind of girl, but there are occasions where it just works for me and is kind of a guilty pleasure.  And this book contained that kind for me.  I think it’s because we start off meeting Cassidy and Brynn on their own…I got to know them, I fell in love with them, my heart ACHED for them both (for completely different reasons).  They both have such tragedy in their lives.

I truly empathized with Brynn and what she was going through post-Jem.  I can’t relate, but I can only imagine how I would react in those circumstances…and I have a feeling it would be remarkably similar.  I feel like we got a really good look into her character…even if we mostly see her in mourning.

And Cassidy…oh my sweet boy.  My heart HURTS.  IT HURTS.  He just has such a sweet nature, and it was so hard to see it constantly existing beneath a cloud.  I really ended up loving him.  And he was strangely believable.  Like I could see how he turned out the way he did.  And he just stole my whole heart with his innocence, and his longing, and his forced isolation, and just…everything.  He was almost kind of a beta boy…and we all know how much I love my beta boys.

And while I may have had to suspend my disbelief a tiny bit once Cass rescued Brynn and she woke up, I was willing to do it.  I realize in real life most people wouldn’t have reacted as calmly as she did, but I was OK with it.  And there were moments where I expected certain reactions that didn’t come to pass (like Cass using the cell phone at the store, I expected someone to question him later, but it didn’t happen).  But I was OK letting those things just sort of slide by.  Because I was absorbed in the story, and I was OK just letting it play out as Ms. Regnery wanted it to.

I will admit I expected more steamier scenes than what I got.  Again, I think I expected a more risque novel.  But the steamy scene we did get was full of love and reverence, and it totally worked for me.  And Cass and Brynn together worked for me.  I was rooting for them, and dreading the moment when I knew things weren’t going to go well.  And you know what?  The climax surprised me!  I was so certain it was going to go one way, and it didn’t!  And then there were twists!!!  Like super twists!  And while I’m not sure I buy into all that gene/DNA stuff, I appreciated the way the ending played out anyways.  And I got me a beautiful epilogue!

So yeah.  This was a Lenore book.  It just hit all the right spots with me, and parts of it were a bit guilty pleasure, and I highlighted the crap out of the book…  I always worry when I’ve been looking forward to a book, that it will somehow let me down.  So I was so ridiculously happy when this one wasn’t one of those.  Now I need to read something light so I can recover…

2 thoughts on “Unloved by Katy Regnery”