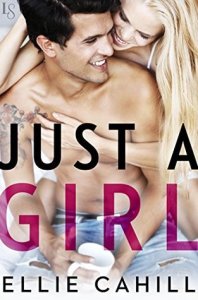 In this pitch-perfect novel from the author of When Joss Met Matt (“One of those books that make you forget everything around you.”—Sophie Jordan), a rock ’n’ roll diva must choose between her career and her heart.

After getting kicked out of her own band—by her own boyfriend—Presley Mason finds herself back in Wisconsin, helping her parents run their renowned music store. Instead of belting out powerhouse vocals to sold-out crowds in L.A., she’s stocking shelves and inspecting rental violins. But the shop isn’t all bad: When she’s vacuuming up late one night, she bumps into the guitar teacher with the smoldering amber eyes and the killer tattoo. And that’s when things take an interesting turn.

Presley soon finds that Paul Kellerman is as good in bed as he is on guitar. So why isn’t he stoked to share his band, Jukebox Bleu, with her? Turns out Paul has crippling stage fright, which he’s been self-medicating without much success. But when Jukebox Bleu’s lead singer gets called for military service, the other members beg Presley to front them. Even though she swore never to mix men with music again, the temptation to perform is almost as intense as her chemistry with Paul. Now Presley must decide what’s more important: a second chance at love . . . or rock stardom.

My Review:
4 stars — I received a free copy from NetGalley in exchange for an honest and unbiased review/opinion.

Earlier in the year I read Ms. Cahill’s book Call Me, Maybe, and while overall it was a great read (4 stars), I remember being a bit let down by the ending.  Probably b/c it was initially a 5 star read for me and didn’t end that way.  But I really wanted to give Ms. Cahill another shot, mostly just because of how much I enjoyed the first half of that book.  So I requested this book, and while I never got a 5 star feel from it, I was also not disappointed, so it was more of a 4 star read throughout, and that was satisfying enough for me to seek her out in the future.

Presley wasn’t necessarily my kind of girl…not someone I could naturally vibe with.  But I really appreciated how spunky she was, and my heart did hurt for what she went through with her original band.  I loved seeing music from her perspective, and how much it meant to her.

As with the previous book I read of Ms. Cahill’s, I felt like I needed more from Paul’s story.  It’s not that every book needs to be dual POV, but I guess I felt like there was more I could have learned about Paul and I felt a little shortchanged.  He was pretty darn swoony, even if a little screwed up.

The highlight of this book for me was the steamy bits.  But in a strange dichotomy, while I felt like the physical chemistry was oooo baby, I would have appreciated a little more meat in the just general romance department.  They really got together based on physical chemistry alone, and while we did get some beyond that, I would have loved to know more of what drew them to each other beyond that.  What can I say, I wanted more.  Which makes me wonder if this should have been 3.5 instead of 4, but whatever…

And I will note that I wasn’t really impressed with Presley’s initial decision about Paul and the band, but it didn’t anger me like the decisions made in Call Me, Maybe did.

There were a bunch of smaller side things that I loved in this book.  I loved Presley’s parents.  They were awesome.  I loved the relationship she had with them.  I loved the musical aspects, and the Thursday nights at the store (even if occasionally I wondered how realistic that would be).  I loved the band members of Jukebox Bleu.  I loved Paul’s sister, even as volatile as she could be.  And I even loved the little twitter, texting or playlist breaks between the chapters — felt like they really added to the story (though I would have loved to actually meet Liz at some point then).  I ESPECIALLY loved the playlists.  They were spot on.

So if you’re looking for a steamy new adult read, this one definitely delivers.  If I’d been looking for more, I might have rated it lower, but I was satisfied with what I got out of it.

6 thoughts on “Just a Girl by Ellie Cahill”